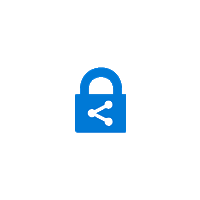 We encountered a simple error which doesn’t have a lot of information on the internet. In this scenario we installed the Azure Information Protection Unified Label scanner. This scanner was installed using the Microsoft documentation. It was installed on a clean AD, SQL and Scanner server environment. After the configuration we saw the node present in the admin portal. We could also see the profile we created without a node attached.

We did a bit of investigation and noticed it was a case of RT(F)M (read the manual). Microsoft stated the following in the documentation:

On the Add a new profile pane, specify a name for the scanner that is used to identify its configuration settings and data repositories to scan. For example, you might specify Europe to identify the geographical location of the data repositories that your scanner will cover. When you later install or upgrade the scanner, you will need to specify the same profile name.

It’s easy to overlook this and this is the reason our profile couldn’t be matched with a scanner node.

The Azure Information Protection client was installed with the following PowerShell Cmdlet:

Solution for the AIP Scanner

The solution is also simple as we only needed to change the profile name.
It was for example called “Test”

and after calling it EU2 it connected automatically

This site uses Akismet to reduce spam. Learn how your comment data is processed.